In 1981, the Swedish vodka company Absolut made history by running ads in The Advocate and After Dark, two magazines geared toward gay men. In the 1990s, Subaru actively spoke to lesbian buyers at a time when few companies did so. In the 2000s, brands like Levi’s and Toyota ran commercials featuring lesbian and gay characters. And in 2012, Ray-Ban shined the spotlight on a gay couple, photographed walking hand-in-hand, as part of their Never Hide campaign. 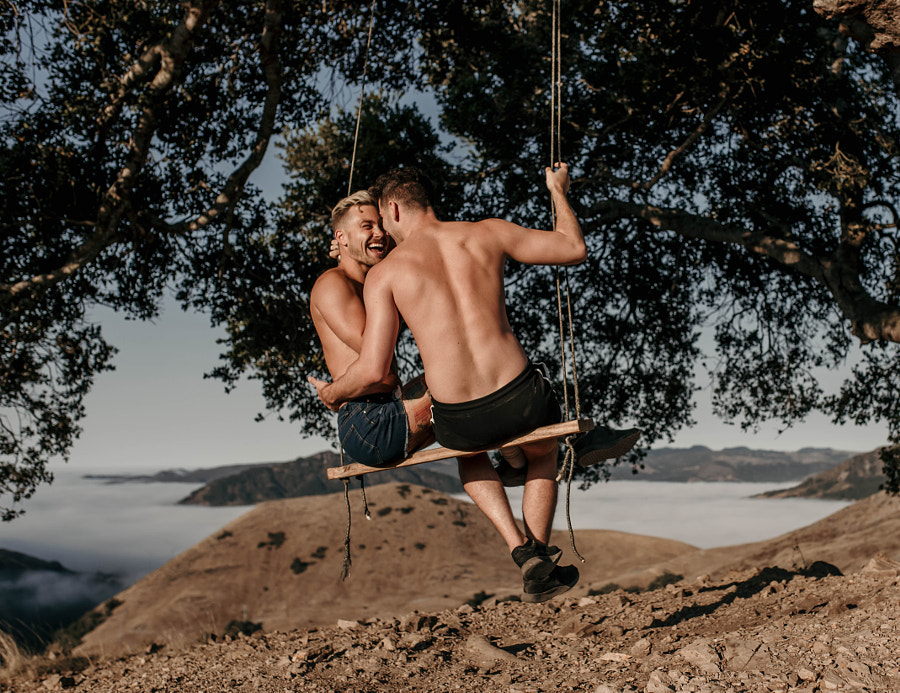 June is Pride Month, a time marked by parades, festivals, and celebrations marking the anniversary of the Stonewall Uprising in 1969. It celebrates the courage, resiliency, and activism of leaders like Marsha P. Johnson and Sylvia Rivera, who protested following a police raid on the Stonewall Inn in Greenwich Village, New York. 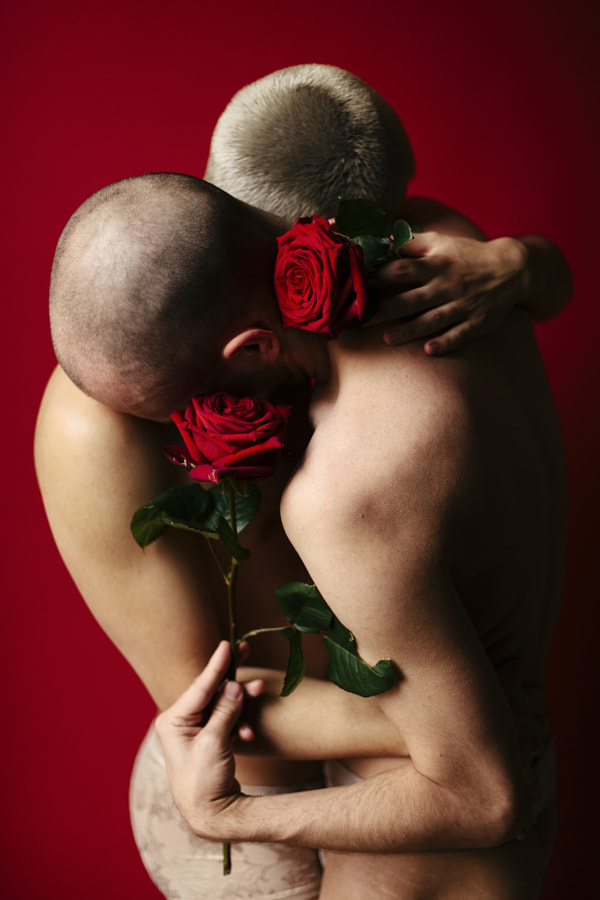 Ten years on from Ray-Ban’s Never Hide campaign, dozens of brands have voiced their support for Pride Month. Levi’s launched a new collection dedicated to the LGBTQ+ community, while Oreo released a new film about acceptance, allyship, and family, directed by Alice Wu. For people working in media, including commercial photographers, this time of year also serves as a reminder of the importance of inclusion and representation, now and all year long. 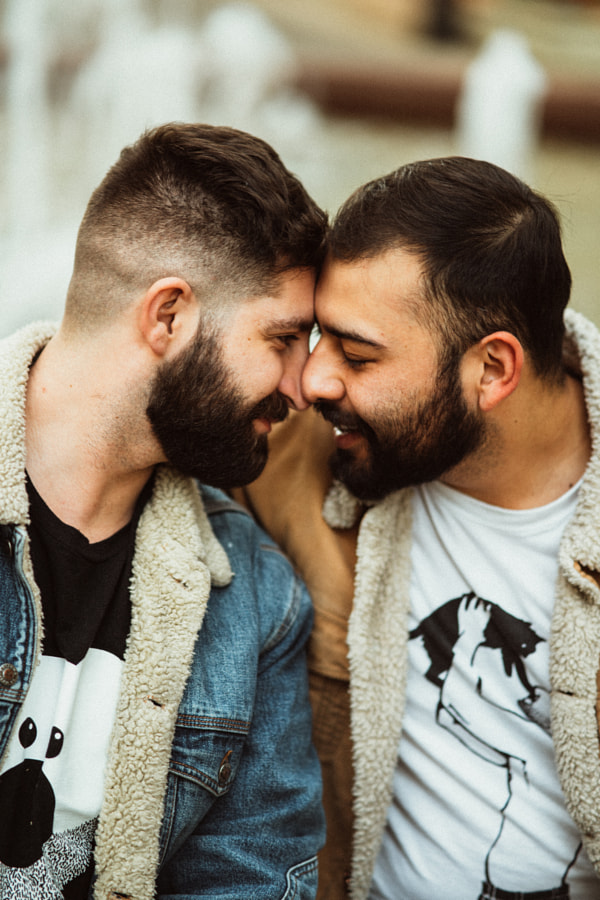 The importance of representation

In 2020, a report from the Geena Davis Institute on Gender in Media found that just 1.8% of ad characters featured at the Cannes Lions festival were part of the LGBTQ community. Last year, GLAAD teamed up with P&G to change that. Together, they launched the Visibility Project, devoted to increasing LBGTQ inclusion in advertising.

Today, many of us expect the brands we support to take a stand on behalf of inclusion and equality, and that includes support of the LGBTQ2S community. According to a report released last year from Ipsos, 47% of global respondents said they support companies and brands actively promoting equality for LGBT people. In the Netherlands, that number rose to 68%, with 63% saying the same in Spain and 61% in Italy and Mexico.

And although we have a long way to go, advertisers are taking note. The LGBTQ+ Marketing Inclusion Report, released in December by the Association of National Advertisers (ANA), revealed that at least 50% of respondents had advertising creative featuring identifiable LGBTQ+ casting over the previous year. What’s more, 98% said that LGBTQ+ casting had increased over the last three years, with 79% saying it’s important for the LGBTQ+ community to have that kind of visibility.

Here are just three types of shoots to consider to show your support and combat inequality in advertising. 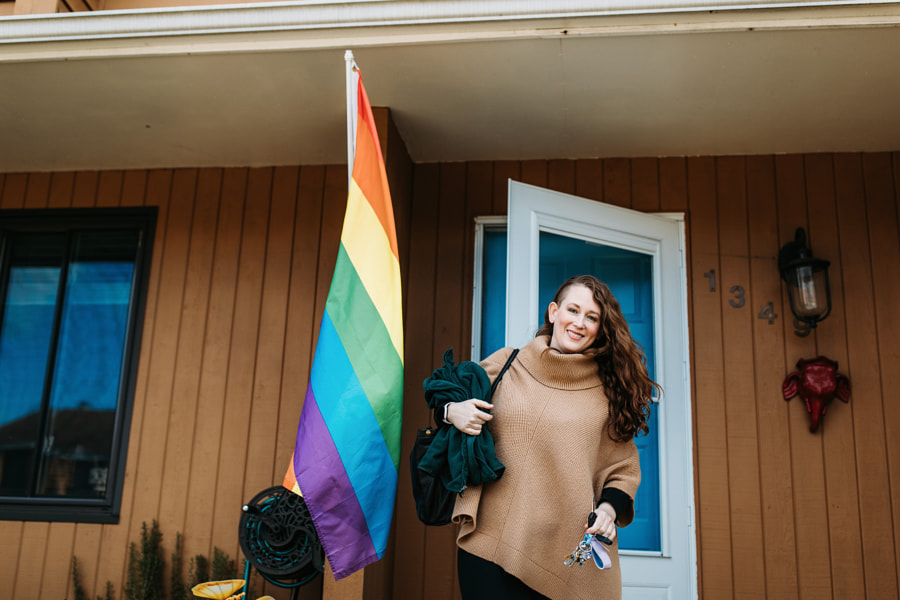 Of course, authentic lifestyle photography continues to be a mainstay in the world of advertising, so consider setting up an at-home session to document your models in their everyday lives. In the beginning, it helps to provide some direction, like setting up an activity for the family to do together, but once you establish that trust and comfort, you’ll also be able to blend into the background to capture those spontaneous “slice-of-life” moments that resonate. 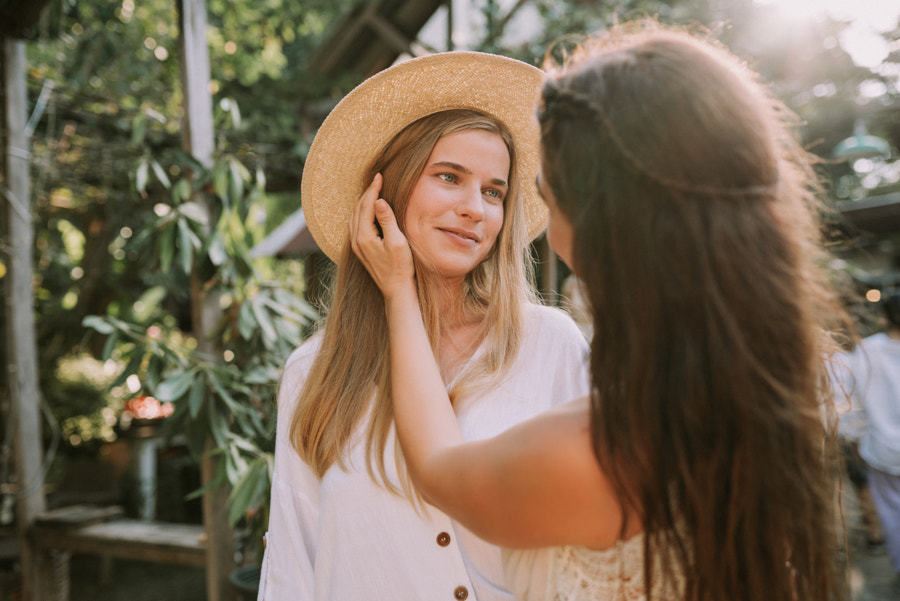 “Capture anything from the mundane day-to-day activities—gardening, getting the kids ready for school, renovating the living space—to special occasions, such as family dinners, Christmas morning, birthdays, and other holidays,” the 500px team suggests. For inspiration, revisit some standout ads from recent history, such as Campbell’s 2015 spot featuring dads playing Star Wars with their kid, or Lush’s 2017 campaign, featuring same-sex couples at home enjoying a bath together. 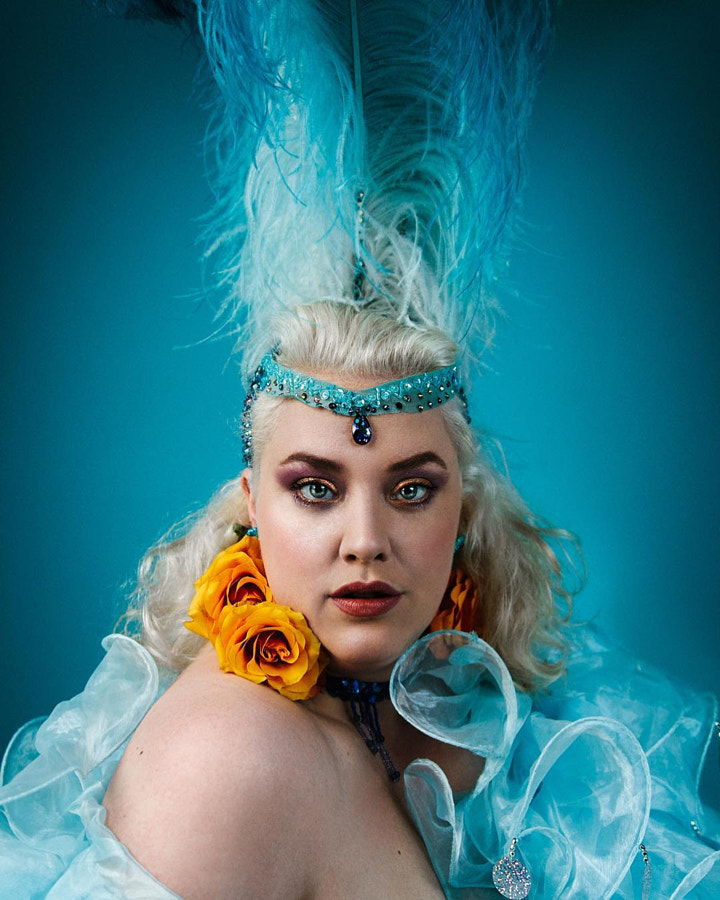 Formal portrait shoots, in the studio or outdoors in natural light, can help honor what’s special about your community and models. For example, the photographer Eivind Hansen, who is also a Licensing Contributor on 500px, champions members of the LGBTQI+ community through collaborative portraits. “Seeing my friends create a new drag look, it makes me excited,” he told 500px a few years back. “I call them over and we plan a shoot.” 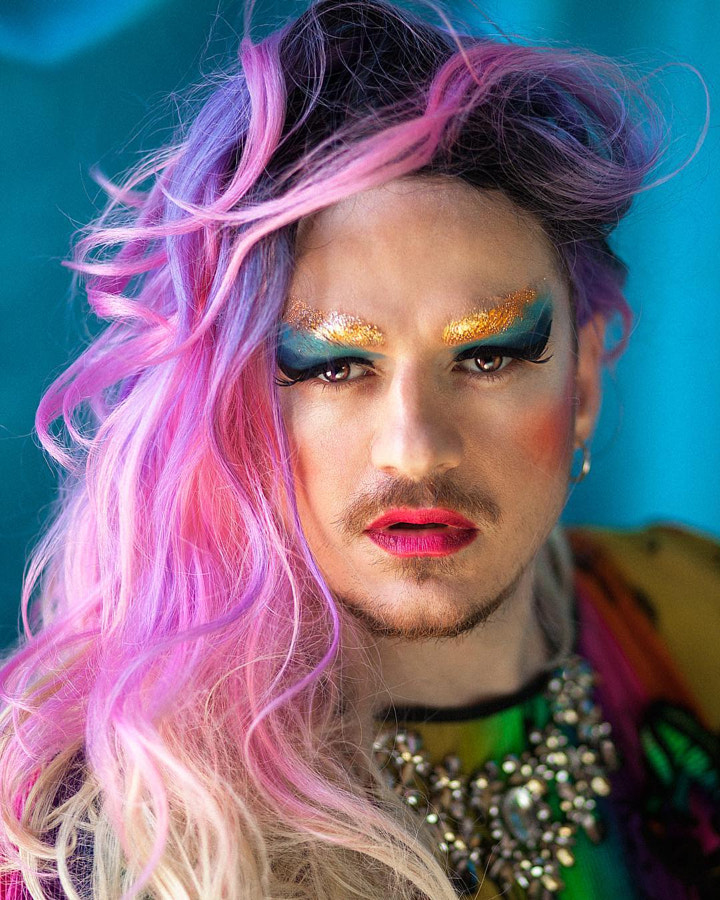 When collaborating with models, stay open to their ideas, and keep the lines of communication open. Ask how they’d like to see themselves, and consider how color, texture, light, and shadow can make their features “pop.” Incorporate their passions, whether it’s fashion, makeup, art, sports, or something else. Your photographs will be stronger with their creativity and input. “This kind of photography is a great way to show self-love, self-respect, self-acceptance, and most importantly, self-expression,” the 500px team tells us. 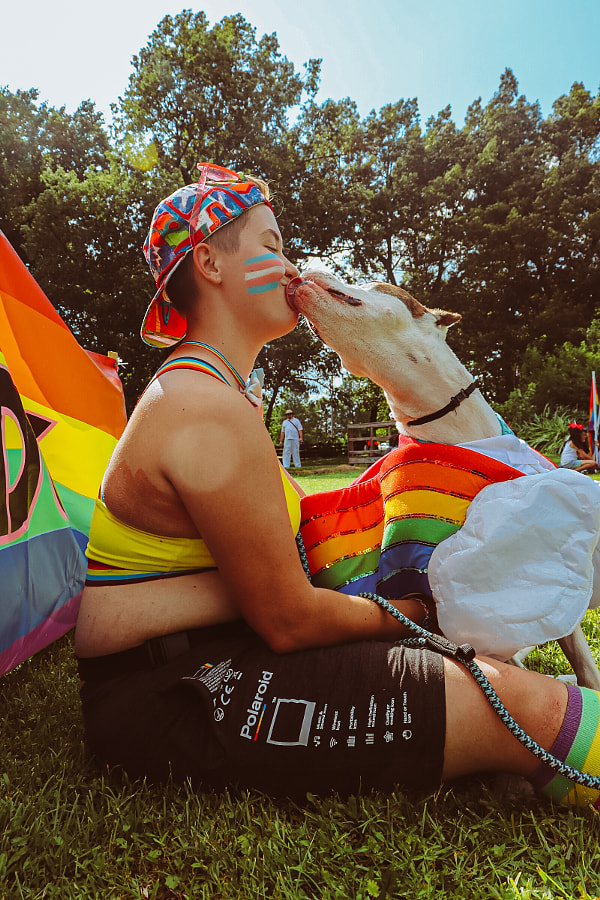 Finally, consider documenting the celebrations themselves, whether you’re attending an event or taking part in a small gathering of friends and family. Keep in mind that when you’re shooting for commercial Licensing, you need a model release for any identifiable people or private properties in your photos. That means that if you photograph someone on the street, you need their permission, so keep model releases on hand in case; if you’re shooting at a private location, you’d need to discuss that with the owner, preferably having them sign the release before any events.

“If you can, go with friends so you can do a ‘day-in-a-life’ shoot and get a ton of different shots and concepts,” the 500px team suggests. “Always be on the lookout for those real moments that show human connection and joy. When attending a parade or event, do some research on the area and scout various locations where you could get new and interesting angles. Consider the time of day when the event is taking place, and, of course, bring a variety of lenses.” It can also help to develop a shot list before you go, while also staying open to new opportunities as they arise. 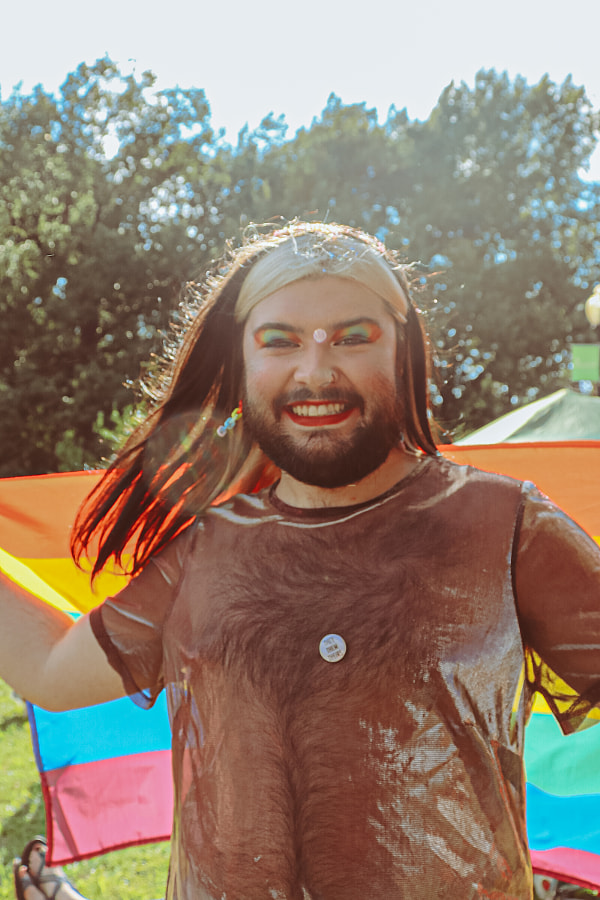 In 2022, representing members of the LGBTQ2S community is essential for creating advertising that accurately and authentically reflects who we are as a global society. And although there’s much to be done, there’s a lot worth celebrating this year. In 2021, the President of the United States marked his first day in office by issuing an executive order protecting gay and transgender citizens. The Tokyo Olympics saw a record number of LGBTQ2S athletes, earning the nickname “the Rainbow Olympics,” and celebrities like JoJo Siwa and Lil Nas X championed Pride among young people worldwide.

Not on 500px yet? Click here to learn about Licensing with 500px.